It is not what you were thinking

It is how you are thinking. 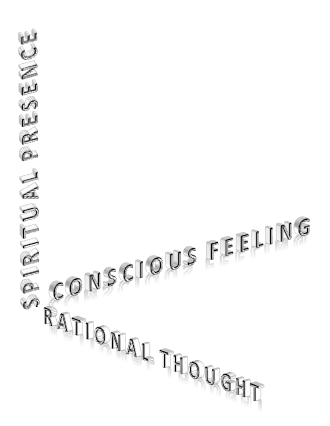 PART THREE: This is a five part relationship series on dealing with infidelity. Infidelity is one of the most painful issues of a relationship. However, the presentations can be used in lesser issues that relationships face.

The Three Principles of Life

Our thoughts create our feelings ABOUT our life.

We all have an inner Presence of Peace.

Our conscious feeling of the Presence creates our thought IN our life.

ASK THE REV: I am carrying a fierce anger every day. I discovered that a young woman my husband hired to take care of our children was having an affair with him. My husband has destroyed my life, our marriage, and our family. I can't find even a little shred of peace. How can I ever forgive him?

One of the most misunderstood words in our language is "Forgiveness". We need to know what it is not, what it is and to know how to do it.

Forgiveness does not mean what was done was alright and we can start all over as if nothing ever happened. If your best friend cheats you and you forgive them it does not mean you have to trust them. You may or may not decide to confront them after you forgave them. That is up to you.

However if you want to keep a relationship with them you need to set new boundaries for yourself.

I held a workshop on forgiveness. Afterwards a woman came up to me. She was furious as she angrily spit out, "How can you tell me to forgive?" She went on telling me her daughter was raped and brutally murdered by this stranger. He was convicted for life. She added that he has been in prison for the past seven years. She said, "I have been angry, depressed, in great pain for the loss and what he did to my daughter."

It just came to me to ask her, "Do you want him to own you?" She jerked back almost as if she had been hit with a bolt of electricity. "NO" she cried. I responded, "Well he has owned you for the past seven years."

She had held the pain and the anger against him and what he had done. It was destroying her. Whether he felt guilty, sorry or felt nothing, it had little to do with how she felt. Her forgiveness was not for him. It was needed for herself.

Forgiveness is not blaming another for our feelings. We cannot give God something we do not own. The hurt and anger of unforgiveness at someone or something are created not by who it is or what was done, but by our thoughts about who it is and what was done. We deal with the thought of the pain and anger because we need to do it for ourselves. Once we own that it is our thoughts that are creating our feelings, we can transcend the thought.

We need to get back into the Presence. We do this by transcending our negative thought that creates the feeling of pain and unforgiveness. Think how it feels about what was done out of the Presence of God's Love. Practice getting consciously into the Presence of God's Love. Now wonder what difference it makes when you are feeling the Presence no longer about the act but in the Peace and Love outside of the act. What new insight do you receive? Those who find the difference, find the freedom and the meaning of forgiveness.